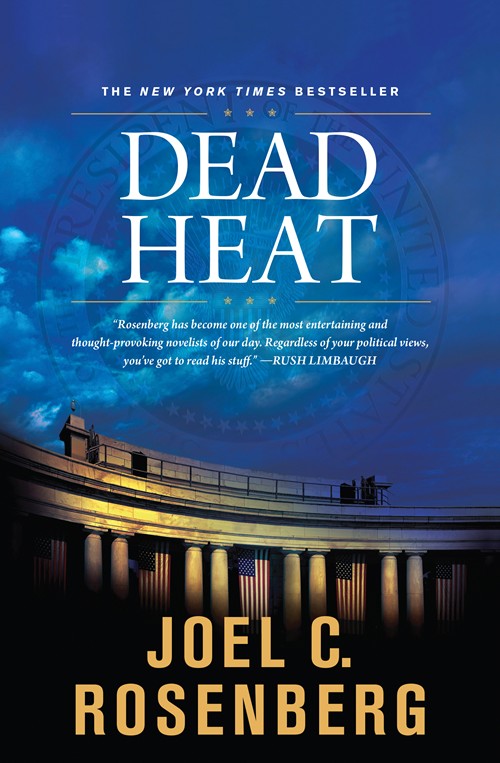 A battle is heating up in the most fiercely contested presidential election in American history.
Who will lead this bitterly divided country over the next four years?

“One of the most entertaining and thought-provoking novelists of our day. Regardless of your political views, you’ve got to read his stuff.” —Rush Limbaugh, radio host

The stage is set for war. Oil prices are surging to record highs. A new dictator is rising in Iraq. China is threatening Taiwan. North Korean forces appear ready to strike south. Israel is feverishly trying to complete the Third Temple. And in the midst of a world ready to explode, American president James MacPherson’s second term is ending. The battle to succeed him is heating up into the most fiercely contested presidential election in American history. Who will lead a bitterly divided country over the next four years? And just what role—if any—does the US play in history’s last days?

As the presidential campaign narrows to a dead heat, the Secret Service learns of a catastrophic terrorist plot to assassinate one of the candidates—but which one? Whom do they want dead? And can US forces stop the terrorists before millions lose their lives?

Readers will be left breathless as Rosenberg embarks on his most exciting and heart-pounding ride yet, a political thriller that will leave you wondering: “Could it happen? . . . Can we stop it?”