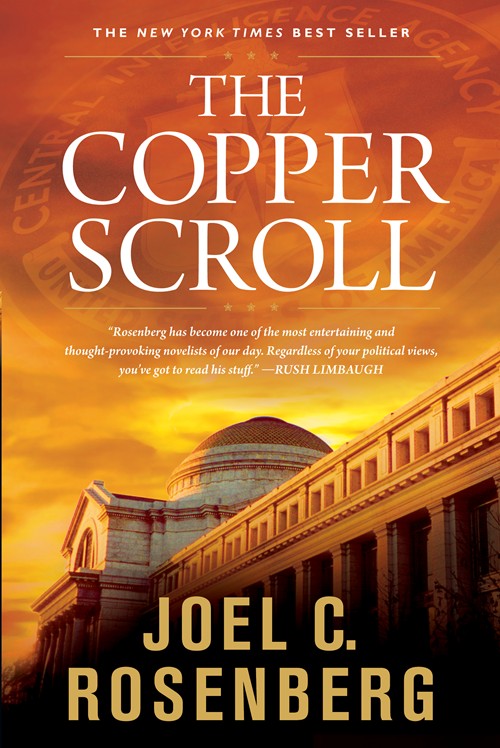 The Last Jihad put readers inside the cockpit of a hijacked jet, coming in on a kamikaze attack into an American city . . . but it was written nine months “before” September 11, 2001.

The Last Days opens with an attack on a U.S. diplomatic convoy heading into Gaza, the death of Yasser Arafat, and radical Islamic terrorists trying to take over the West Bank and Gaza . . . but only two weeks before it was published, a U.S. diplomatic convoy was attacked in Gaza . . . thirteen months after publication, Yasser Arafat died . . . and then Hamas seized control of the West Bank and Gaza.

In The Ezekiel Option a dictator rises to power in Russia, an Iranian leader vows to annihilate Israel, and Russia and Iran form an unprecedented military alliance . . . but on the very day the novel came out, Iran elected a new president vowing to accelerate his country’s nuclear program. Four months later, he vowed to “wipe Israel off the earth” . . . and two months after that, Russia agreed to sell Iran $1 billion worth of fighter jets, missiles, and naval warships.

Now comes The Copper Scroll, Rosenberg’s most exciting adventure yet.But so, too, is a new evil, and now White House advisors Jon Bennett and Erin McCoy face a terrifying new threat triggered by an ancient mystery.

A suicide bomber strikes Washington and assassinations unfold from London to Los Angeles, Jon Bennett and Erin McCoy are drawn back into a world of terror they thought was over. At the heart of the mystery lies a 2,000-year-old scroll describing unimaginable treasures that could lead to the Third Jewish Temple. Some call it history’s greatest treasure map. Others call it a road map to Armageddon. But the time to find the truth is running out fast.